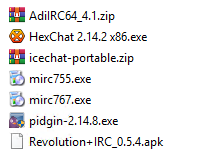 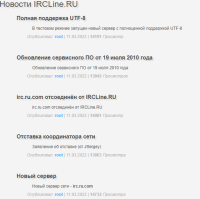 
/msg Sends a private message to the specified nickname. Only the specified Nickname will see this message...for example /msg Ilene Do you have anything to add?

/quit Exits IRC all together

/help Gets help on all IRC commands for the server you are on for example, /help whois

/who Shows who is on a given channel including nicknames, user name, host and real name of the people, for example /who #HSc391

/whois Shows the profile.ini information of someone. Use this often to make sure you know who you are talking to, because nicknames are NOT owned so any number of people could use a nickname of a friend; for example, /whois Jean

/part Lets you leave the channel you specify, but keeps you connected to IRC. Example /part #HSc391

/ignore If someone is bothering you and you do not want to talk to them, put them on ignore. For example, /ignore George

/join # Lets you join a channel. For example, /join #Hypernews would put you into #Hypernews.

/list gives a listing of all the channels on a server

/who /who by itself with no channel name following would result in you getting a listing over everyone on the entire server, plus what channels they are on. The exception is those that have "Invisible on Server" set to on.

/query Another way to private chat with a specific nickname so nobody else can see what you are saying, for example, /query Debi Who is that person over there?

/notify This command warns you when a person you have indicated joins IRC. For example, /notify Meredith will put Meredith on your notify list. Every time someone joins the IRC server you are on, with the nick Meredith, you would receive a message telling you that Meredith has joined IRC. It also tells you when they leave IRC.